There were two areas of focus for this iteration. I've had lots of great feedback from customers recently which have lead to some good improvements to the UI. One customer also needed to be able to share their projects with the public, so (while it wasn't a feature I was expecting to be adding to Planner just yet) I'm delighted that we now support public boards!

As this was quite a big new feature, I've already written about it in a separate blog post so there's no point in me repeating everything here.

In a nutshell, public boards allow you to share your cards and your project plan with the public, while keeping your discussions and uploaded documents private.

Last iteration saw the arrival of four coloured stickers (red, green, blue and black) that you can add to your cards to highlight things of interest. You had to remember what each of the colours meant, but we've now added support for labelling each sticker (e.g. "red is for bugs").

The stickers that are attached to each card have also been added to the CSV export. We're also ordering the cards in the CSV by iteration, and then (within each iteration) by their priority.

It's now easier for you to start a new discussion with your team mates. You no longer need to tick a checkbox for each person you'd like to send your message to, but can select them from a pull down menu instead. 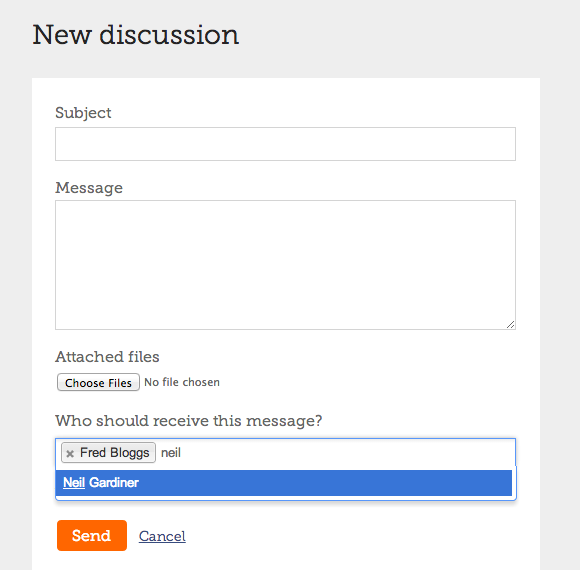 Markdown is a great way to format plain text for the web, but it often surprises people that it doesn't observe a carriage return part way through a paragraph.

This behaviour was causing a few problems for people, so we've modified the Planner's Markdown parser so that line breaks will be observed.

If there are any other Markdown extensions that you'd like to see, let us know and we'll see what we can do.

How did the iteration go?

More new features than usual were rolled out this fortnight.

I was recently chatting with a friend (another founder) about how productive I feel when working for myself on Planner, by comparison to how much I've got done in the past, working as a freelancer. I said it was normal for me to deliver 3.5 units of estimated work in a fortnight (don't worry about how small that number is – for historical reasons I tend to use some fairly small numbers), but only 2.5 on Planner.

Let's have a look at my typical velocity from Planner's recent iterations. The last time I shared this graph was back in iteration 38, when my velocity looked like this:

We can see that I can reliably expect to deliver cards whose estimates add up to around 2.5 (the dip between iterations 33 and 35 was the effect of Christmas and the New Year). That's only 70% of what I can produce when I'm freelancing .

Where does that other 30% go? I'm using the same approach to estimating, and we can see from the trend that my estimates are consistent enough to be quite reliable.

My recent velocity is interesting.

That big dip in the middle was down to a couple of week's holiday, and some time spent working on open source projects. What's interesting is that iteration 44 was 30% more productive than normal.

Why? I think the opening paragraph of this blog post explains it; rather than spending a lot of time working out what the right thing to do was and then doing it, the feedback I'd had from customers made it clear what I should do next.